A Brief History Of The Bouvier Des Flandres 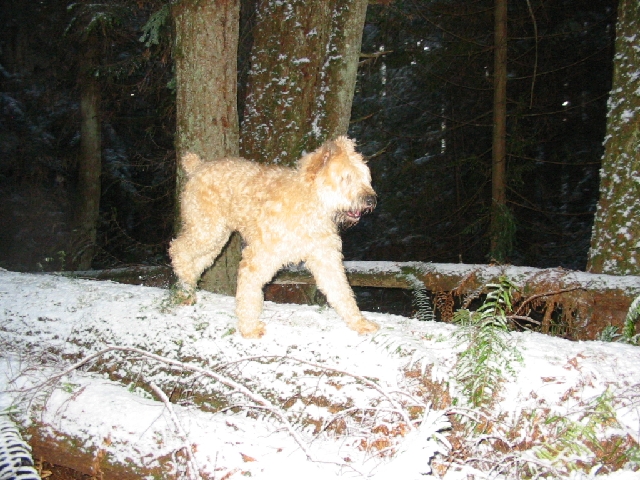 According to the nature of their evolution, working dogs have from time immemorial belonged to working men, men with crops to bring in, livestock to care for, farms to guard and families to support. The nobility and the commercial classes had their ornamental dogs, their hunting dogs and their household companion dogs, which were valued, sometimes more than the working people whose labor supported their elite life styles. But the working dogs, like their masters, lived in obscurity, without written records of decent, beyond the purview of those who could read and write and thus create history.

Beginning about 1870 or 1880 the industrial age was beginning to awaken in Europe; the working class began its long struggle toward middle class status and the peasants were becoming land owning farmers in the modern sense. In Belgium the veterinarians and more prosperous farmers especially began to notice that their working farm dogs were disappearing because of changes in agriculture and the way of life. Throughout Europe, men gathered together to establish “breeds,” that is, to write down standards of appearance and character and to keep records of decent. The dog show began as a means of bringing together the men and their dogs, to provide an occasion for the formation of clubs and the building the infrastructure of the modern canine establishment.

This process began in earnest for the German Shepherd and the diverse varieties of the Belgian Shepherd about 1890. Although there was written mention of “Bouviers” in the books and magazines starting about 1890, it was the twentieth century before Bouviers were exhibited in dog shows, in the Netherlands as well as Belgium, and 1914 before a written standard and registry was established in Belgium. A few dogs, less than twenty, were registered before the war, and then nothing until the Germans had been driven back. In 1922 the national club was established in Belgium and very soon thereafter the Dutch club came into existence. Although the Dutch began with Belgian breeding stock and had contact with the Belgians through the 1920s, thereafter the center of Bouvier activity moved from the Flemish speaking land of creation in Flandres to the French speaking areas of Belgium, resulting in a gradual loss of contact between Belgian and Dutch enthusiasts which continued during the second world war and through the 1950s.

Bouvier popularity grew steadily in Belgium, approaching a thousand in yearly registrations in the 1930s with many active and vigorous breeding programs. Bouviers appear regularly in the records of the Belgian Ring working championships in this era. Although the numbers were somewhat less in the Netherlands, growth was steady there also.

Although France is mentioned as a nation of origin, it is now well documented fact that the vast majority of dogs known as Bouviers today spring from the breeding of the Dutch speaking farmers of Flandres, which spread first to French speaking Belgium and the Netherlands. Where they can be traced back, French roots invariably go back to these founding Flemish dogs, first registered as the Bouviers des Roulers.

The Second World War devastated the Bouvier, not so much by the direct loss of dogs – although this was tragic – as by the damage done to the basic social fabric of Belgium by the second German atrocity in a generation. For five long years in the early 1950s fewer than 100 Bouviers were registered in Belgium with similar dismal numbers in the Netherlands and France. The breed did indeed come very near to flickering out. Justin Chastel and Felix Verbanck were the pillars in this era, and without their iron willed perseverance the Bouvier indeed might well not exist today.

Although a few odd dogs came to the Americas in the twenties and thirties, the arrival of Edmee Bowles from Belgium early in the war, fleeing the advancing German greed and plundering, began her American saga and the growth of the breed in this country. Beginning in the middle fifties and extending into the early eighties her du Clos des Cerberes line was not only the American fountainhead, it was recognized as among the best in the world by men such as Justin Chastel, modern founder of the breed in Belgium.

The work of the Bouvier des Flandres, the reason for which he was created, is police style search and protection work. In his creation, the founders melded the native cattle dogs with the larger native regional guard dogs, a natural response to the population shift to cities and industrial work that the agricultural revolution of the last century was causing all over Europe, and in which Belgium was among the earliest and most strongly effected. The words of the founders and guardians testify to this fact. As Felix Verbanck, primary leader of the Belgian club through the early 1960s, said:

“The breeders do not forget that the Bouvier is first of all a working dog, and although they try to standardize its type, they do not want it to lose the early qualities which first called attention to its desirability. For that reason, in Belgium a Bouvier cannot win the title of Champion unless he has also won a prize in a working competition as a police dog, as a defense dog or as an army dog.”

Herding is not mentioned for the simple reason that there was no longer any herding to do in Belgium, that along with draft work, it was rapidly becoming obsolete when the Bouvier was being established in the formal sense.

Much more can be said, and has been in our book, “Bouvier des Flandres, the Dogs of Flandres Fields,” to which you are referred. This article may be copied and published freely, on the web and in print, as long as absolutely no changes are made, my Copyright notice is maintained, and this statement as it appears here is included.